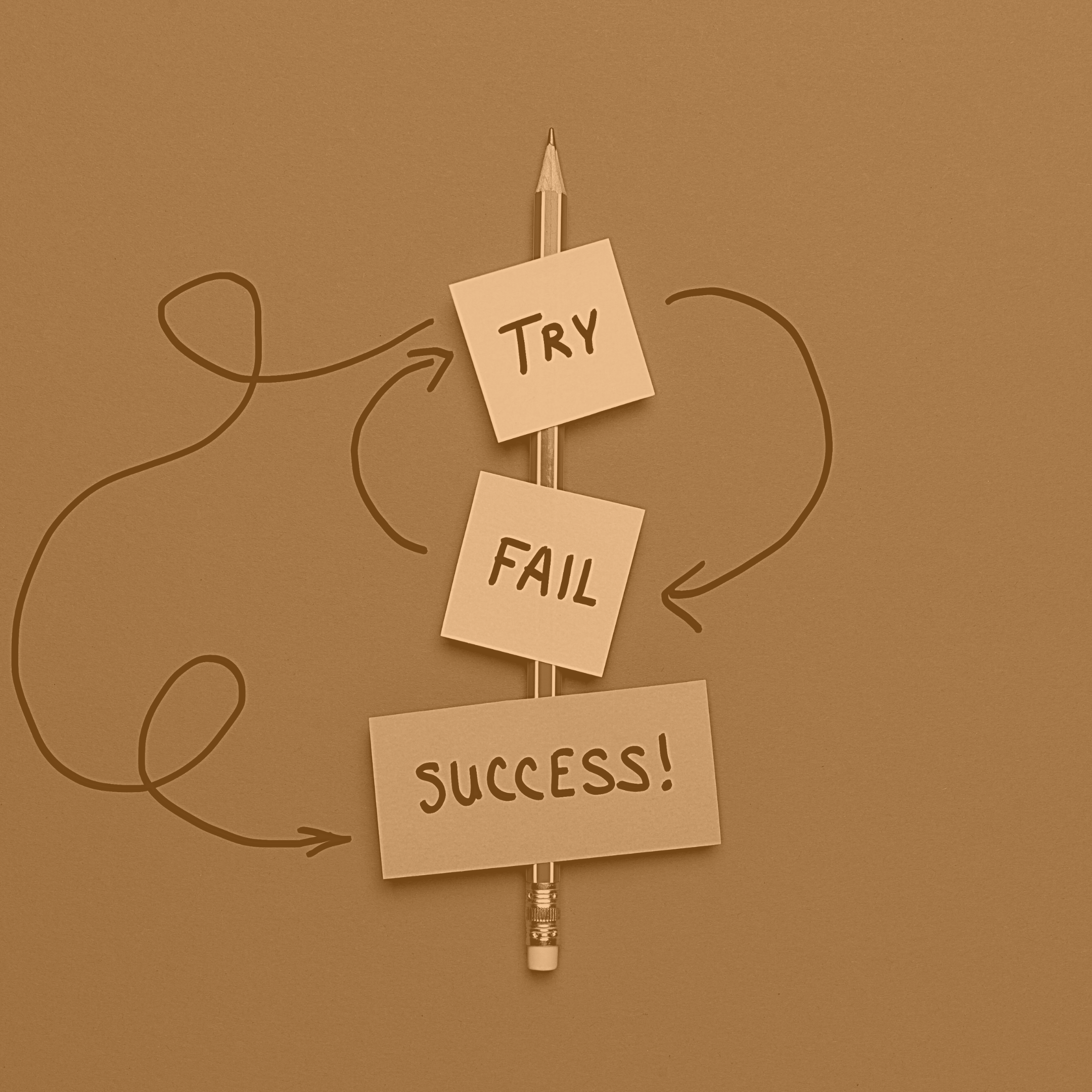 Three ways to proudly take on the f-word

Failure, the f-word most of us find more devastating than the one that instantly came to mind! It often sparks dread and fear. Yet one of my memorable takeaways from our recent Masterclass, where I spoke to some of the category winners from this year’s AFR Boss Most Innovative Companies Awards, was the founding story of M&C Saatchi. Justin Graham, Chief Strategy Officer, shared how the agency was born out of failure, when Maurice and Charles Saatchi were sacked from their own company, Saatchi and Saatchi.

And this story inspired me to ask how we can all embrace failure and flip it from a foe to friend.

Kick off with a Pre-Mortem!

Unlike a post mortem which is all about identifying why something failed after the event, a pre-mortem happens at the start of a project. Identified by Gary Klein in his HBR article, Performing A Project Premortem, this concept is based on Prospective Hindsight – imagining that an event has already occurred. Deborah Mitchell’s paper, Back to the The Future, Temporal Perspective in the Explanation of Events, found that prospective hindsight increases the ability to correctly identify reasons for future outcomes by 30%. Klein identifies that whilst people are reluctant to speak up about their reservations around a project, a Pre-Mortem makes it safe, so you can increase the chances of the project’s success.

Daniel Kahneman is a strong advocate of the concept. In Thinking, Fast and Slow, he shares a story of casually describing the concept at Davos, when someone behind him, who it transpired was the CEO of a major international corporation muttered “It was worth coming here just for this (concept)”. Kahneman identifies two benefits of a Pre Mortem. It overcomes group think and unleashes the imagination of individuals.

Learn fast from failure…..and from success too.

We know that it is important to learn from failure. In innovation we hear it all the time. And learning can be even better when it is coupled with learning from success too. Robert Sutton, Professor at Stanford, in his HBR article Learning from Success and Failure, quotes research by Shmuel Ellis and his colleagues at Tel Aviv University.  In experiments working with two companies of soldiers, in ‘After Event Reviews’ one company was asked to focus just on what went wrong and what they could learn, whilst the second company was instructed to focus on what they could learn from the failure and the success of the event. The research shows that soldiers who focused on both, learned at a higher rate than those who focussed solely on failure because they developed richer mental models. A catalyst for success in today’s world, where learning faster than anyone else is key. But, whether you focus on failure and/or success, what is most important is to ensure reviews become a commonplace to learn from the experience.

Bounceback from failure with a growth mindset culture

I love Carol Dweck’s quote, referencing a Growth Mindset, that, “for some people, failure is the end of the world—but for others, it’s this exciting new opportunity.” Whilst her early work identified the difference between a Fixed and a Growth Mindset in individuals, her recent research, “How Companies Can Profit From a Growth Mindset”, has been exploring what differentiates companies in the same way. In companies with a Fixed Mindset there seem to be just a handful of stars, with employees in these companies worried about failing and so pursuing fewer innovative projects. Compare this with the employees in growth mindset companies, who are seen as more innovative, collaborative and committed to growing. So how can you foster a growth mindset culture?

At Inventium, we know that when it comes to building a climate that encourages innovation, it starts with the leadership of the organisation, and the same is true when it comes to a Growth Mindset. It starts with the top. And who you hire. Dweck has identified that Growth Mindset organisations are most likely to hire from within, emphasising potential, capacity and a passion for learning. Whereas Fixed Mindset companies typically hire from outside, with the emphasis on credentials and past achievements.

A friend recently told me about a global Meet Up called Fuck Up Nights. Emanating from Mexico 7 years ago, it’s community story-telling events centred around acknowledging mistakes, failure and fuck-up stories that impact our lives, both professionally and personally. You might very well see me at one soon! Sounds like fun!