It took me years to reconcile that Mardi Gras was not a representation of me as a gay man. Rather, it was a celebration of diversity. Likewise, in my professional life, I have realised that diversity in the workplace is more than sexuality, gender, race and ethnicity. Those are traits you are born with. Diversity also includes those you acquire, such as experience and thought.

So why should we care about diversity?

There is a growing and compelling body of evidence demonstrating that diversity unlocks innovation and drives market growth. 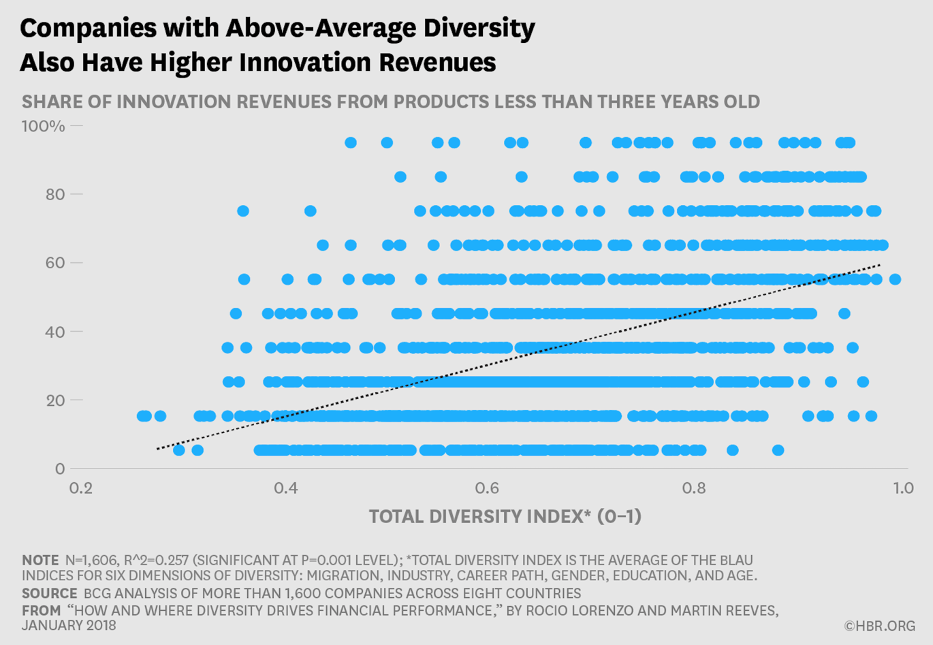 Similarly, research at Accenture found that a culture of diversity increases innovation and growth, as well as helps everyone advance to higher positions.

Further emphasising the power of diversity, research from 1800 individuals shows that companies with strong diversity have a 45% greater chance of market share growth and a 70% higher likelihood to seize a new market.

From a brand perspective, demonstrating that you are diverse and stand for the rights of diverse communities is becoming increasingly important to attract the best talent from millennial and future generations as well as corporate investment.

But despite the evidence being clear, less than 40% of companies have the level of diversity to reap the benefits from. So just like Mardi Gras has excelled at opening the eyes of the world to celebrate diversity, I hope that this spurs some conversation in your workplaces to accelerate diversity and in doing so, unlock innovation and growth.

It is only natural that humans gravitate towards people who look, think and express themselves in a similar fashion. When it comes to recruiting, this functional bias results in like-minded teams that stifle cognitive diversity. With these homogenous groups, there are limited experiences, background and perspectives, resulting in fewer ideas and reduced creativity. But does our quest for diversity clash with hiring people for culture fit? No, research shows that having a strict definition of what you mean by culture fit, such as being clear on how well the person’s values align with the organization’s, still allows for bringing in diverse perspectives, experiences, and skills.

Instead of looking for comfort in teams, look for people who can challenge perspectives and think differently. Now more than ever, such cognitive diversity is needed to succeed in the uncertain and complex world we live in. Enabling practices such as an inclusive culture where diverse ideas are free to compete are key. Encouraging people to uncover and utilise their different ways of thinking requires psychological safety, something that leaders must drive and foster.

Instead of just talking about authentic leadership, walk the talk. By being yourself, you give people permission to also be themselves. Lead by example by having a diverse leadership team. Otherwise, the issues that arise from having a homogenous team are very difficult to rectify later.

The power of diversity has been unlocked right here in our own backyard. The successful CSIRO transformation was largely attributed to the leadership from the CEO, Dr Larry Marshall. He stated ‘Looking back on our strategy….diversity and inclusion really drove our innovation agenda. It worked because it wasn’t just men in blue suits’.

As a man who also wears a blue suit we can all learn, by focusing on recruitment, culture and leaders’ behaviours to help your organisation unlock the value that diversity brings.